Out of the Underground

Okay, y'all have to bear with me a little. I'm a tad rusty with this blogging business, it's been so long. Gotta brush up on these keyboard skills.

Anyways, a lot's happened since last time I posted: Woody Allen released a new film that's supposed to be fantastic... and not just because it's based in San Francisco; Breaking Bad, one of the best shows ever, ended its run; Phyllis Diller died... again; Mod became so mainstream in the UK that insurance agencies are using it to sell insurance; and, oh yeah, this happened: 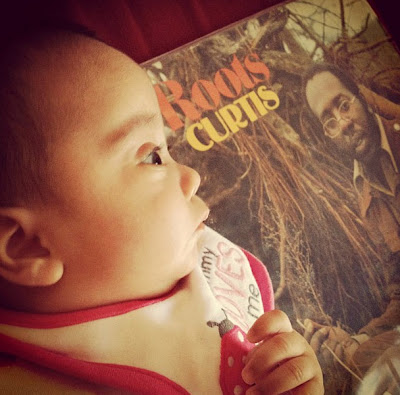 But never fear.   I don't plan on using this blog to talk about the trials of being a new parent while trying to maintain a certain Mod-centric aesthetic. Okay, some of that may bleed into these posts... it's only natural.

Just know that having a child hasn't changed my perspective on the Mod thing. Pleated khakis, 'comfortable' flip-flops, and Barney DVDs still don't appeal to me.

However, I understand that pursuing this aesthetic may become a bit more difficult to achieve. Hey, that's life. But I do promise you this: You will never hear or read me say, "It's still in my heart" as I don the clothing of Joe Normal. (Gag.)

That's not what I want to talk about today, though. Let's get back to that mainstream thing. In case you haven't seen it, here's the commercial Modculture posted about recently:

Oh... well, looks like it's been taken down. Let me give you a quick synopsis:


Young '80s mod couple frolicking along the shore of Brighton Beach. They're in love. They laugh together, shop for records together, scooter-ride together. (Now, if you saw the commercial, let's be honest... this couple was a tad too slick to be an early '80s Mod couple, am I right?) Anyways, you know they're '80s Mods because of the punk rockers record-shopping next to them. Well, this couple is so in love and so mod that they buy MATCHING TARGET RINGS. Yes, you read that right. Matching target rings.

Fast-forward 30 years and this couple is still together and still way mod. (Again, let's be honest... you can probably count on your fingers the '80s Mod couples who stayed together for 20 years still looking slick today.) They come home to find they've been burglarized and (gasp!) their target rings stolen. So, they call up the insurance company and by the end of the commercial, they're back to moddin' up the road on a scooter with the rings back on their fingers.

Look, it's a sweet commercial. Couple in love after all these years have their special mementos stolen and then returned to them thanks to the heroic insurance company. And yes, for the first time in who-knows-when, Mods are presented without going overboard on cliches... except for those target rings. (But seriously, these are supposed to be early '80s Mods... I didn't see any Cavern-quality clothing on them!)

Now here's the big question: Should Mod types be happy that Mods are featured in (I assume) a nation-wide commercial for a practical product? Isn't insurance the most mundane, responsible, adult item one can purchase? And an insurance company is using Mods to sell itself?

Once you get past the novelty of "Yay! Mods on TV!" you're stuck with the fact that the idea of Mods really has become mainstream and (gasp, again!) part of the fiber of 'the establishment.' I hear the term 'iconic' used often in discussions of Mods these days. I'm under the impression that many British Mods are pleased that their subculture is a part of the iconography of their mainstream culture nowadays. (Thanks, Olympics!) Mods are so accepted these days that the imagery is used to sell everything from insurance to soft drinks to smart phones.

And maybe that's cool, I don't know. But it does remind me of what I've read often on social media sites from original 1960s Mods. While many of us eat up the imagary of Carnaby Street, Rave magazine, and The Small Faces as 'mods,' many originals might disagree with that viewpoint having experienced that era first-hand. What I've read shows that many disliked the commercial side of the culture and dislike how it's interpreted these days. And Mod did get pretty commercial:
Me, I didn't grow up in the 1960s so I have a lack of contemporary context and the benefit of accumulated history upon which to draw. And, probably to the chagrin of some 1960s originals, I'd kill for an actual pair of Lord John hipsters!

But let's get back to happenings today. Mod isn't being used to sell records, acne cream, or cheese. It's being used to sell insurance. That says something about their demographic. In the U.S., 'hipster' imagery is what ad men use to sell things like insurance and soap. That says something about the demographic out here. What it says is that these images are so well-known and mainstream that they'll be acceptable to a mass audience that still thinks it's unique and special.

Now, okay, big deal, right? Get over it... in 5 years, people will forget about the Mod thing and things will go back to 'normal'. Well, maybe. But here's why I've spent so much time writing about this. See, Mods are a funny folk. They will shout out, until they're blue in the face, their most treasured Quadrophenia quote:


Look, I don't wanna be the same as everybody else. That's why I'm a Mod, see?

And now, it seems like that's what Mods today are into. They want to be mainstream. They want the whole world to go Mod(!).

Oh wait... I get it now. I understand the appeal for the mainstreaming of Mod. Pretty clever.

You all are waiting for the day when Walmart goes Mod(!) so that you can walk in and sing at the top of your lungs:


I hear you loud and clear.