Seems we've reached the end of the comedy road: the Union Jack parka.
Because really, when you want to pander to a Mod crowd, what do you do? Put a Union Jack on it!

I guess this was the natural conclusion.
I mean, what's left? A Union Jack Harrington?

And there is an audience for it. That's been proven time after time. For every guy out there searching out a well-tailored button-down, french-cuff shirt with the perfect collar and detailed buttoning, there are ten guys happy with anything that has a Union Jack on it.

Hey, I'm not perfect. I used to wear a parka with a Union Jack Jam patch on the back... when I was A TEENAGER. But you get to a point where you realize you don't need to walk around looking like a mascot for Anglophilia in order to convince everyone you're 'MOD!'

Hopefully, though, this Union Jack parka is the final straw on the back of the Comedy Mod camel. And hopefully, some of these new Mod labels will start to get more creative with their offerings. Think about all the different types of styles and detailings that were coming out of London at breakneck speed back in the 1960s. Sure, not all of it worked, but you still had some great pieces that stood out. These days, many new 'mod' clothing companies seem to go down the same weathered path laid down by original, iconic labels.

You know what that leaves you with? A wide spectrum of new material and influences to draw from!

Or... I guess just put a Union Jack on something. 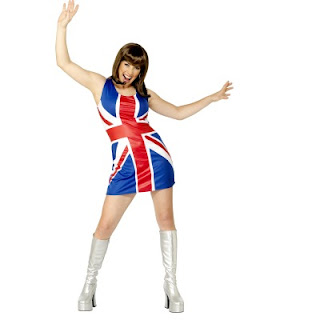